Army for Trump: Trump Campaign Reaches Voters Across the Country with Diverse Messaging and Outreach 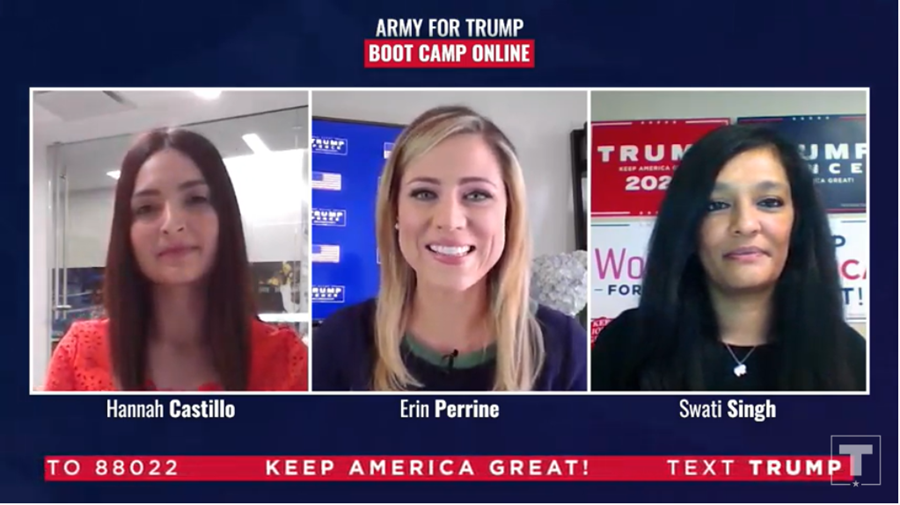 "Team Trump is completely redefining the traditional political campaign, and we are reaching out to voters across the country to build up enthusiasm for President Trump's re-election," said Erin Perrine, Trump 2020 Director of Press Communications. "The fake news media is intentionally hiding President Trump's accomplishments, so we are reaching voters directly to inform them of all the President has achieved in just four years."

“The fake news likes to pretend like the Trump Campaign and its supporters aren’t diverse, but as a young Latina and mom I know that we are inclusive and uplifting of all voices," said Hannah Castillo, Trump 2020 Director of Coalitions. "Through our coalitions, the Trump Campaign is reaching out to key voters that sleepy Joe Biden and Democrats take for granted."

"Trump Victory is training and activating volunteers across the country to support President Trump from the grassroots level," said Swati Singh, Trump Victory Director of Strategic Initiatives. "Even though the fake news and radical left will stop at nothing to demonize supporters of the President, we will win this election because of our vast nationwide organizing in support of President Trump."