Joe Biden has said repeatedly that he seeks to ban fracking and curtail energy production, which would destroy jobs in Pennsylvania and around the country. In contrast, President Trump today earned the endorsement of the Pennsylvania Grade Crude Coalition and Pennsylvania Independent Petroleum Producers, demonstrating his administration's strong record with Keystone State energy producers. While in Freedom, Pennsylvania today to host 'Workers for Trump,' Vice President Pence touted the Trump Administration's dedication to American workers and condemned Joe Biden for pushing his version of the radical Green New Deal:

"What Joe doesn't know is that America's future depends on energy independence. So I promise you - all you gathered here, all the great workers of Penn Energy - whatever you may hear over what happens between now and Election Day: Joe Biden, the Democratic Party, and the radical left are going to work to abolish fossil fuels, but we're not going to let it happen. With President Donald Trump in the White House, we're going to have more fracking, more American energy, more energy independence for this generation and for generations to come." 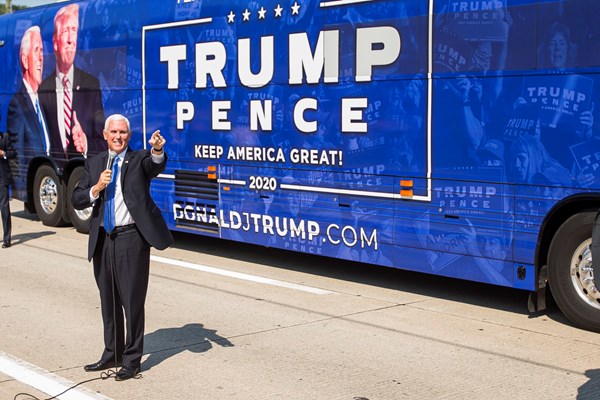 The Vice President also attended a Susan B. Anthony List fireside chat, where he met with pro-life leaders. As Joe Biden bows down to the radical, pro-abortion wing of the Democrat Party, only President Trump and Vice President Pence will defend the sanctity of life.