Overreaching state restrictions on churches, championed by the radical left and supported by Joe Biden, make it impossible for Evangelicals for Trump to meet at a local church in Nevada. While casinos and restaurants in Nevada are limited to 50 percent of their fire-code capacities, houses of worship have been unreasonably subject to a flat 50-person limit. As Supreme Court Justice Neil Gorsuch dissented in Calvary Chapel Dayton Valley v. Sisolak, "The world we inhabit today, with a pandemic upon us, poses unusual challenges. But there is no world in which the Constitution permits Nevada to favor Caesars Palace over Calvary Chapel."

"President Trump is the unwavering defender of religious freedom Americans need in the White House, and now more than ever before, we must join together and denounce Joe Biden’s harmful, anti-Christian policies," said Pastor Paula White, Spiritual Advisor to President Trump. "This President has been in lockstep with conservative Evangelicals since day one, and we can count on him to continue the fight to preserve our religious freedoms following his re-election in November.” 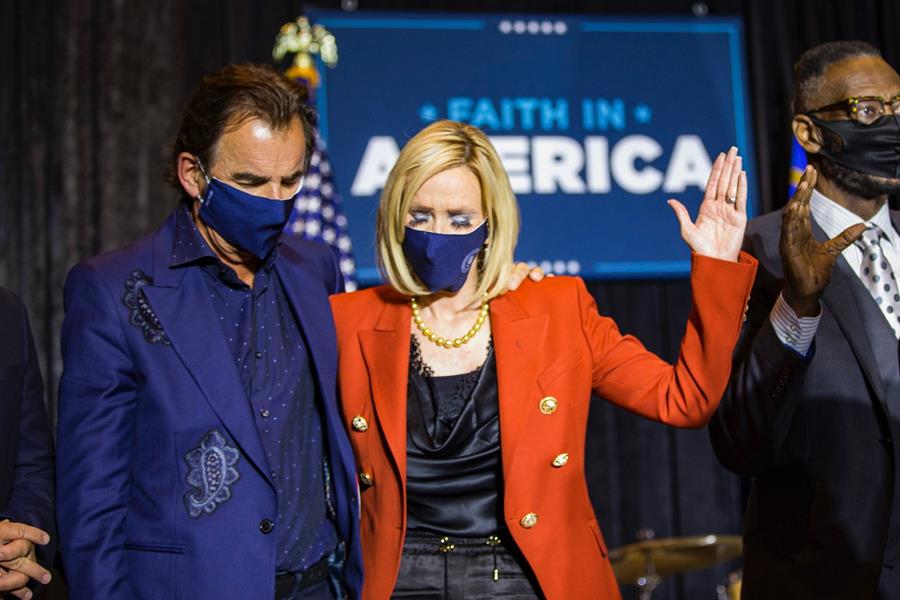