Under President Trump's leadership, the U.S. economy is on the comeback, adding a record-breaking 1.8 million jobs in July alone. Meanwhile, Joe Biden and the far-left extremists he strives to please are inviting socialism into America in an attempt to destroy our democracy and economy. In stark contrast, President Trump honors and upholds American values, built the greatest economy the world has ever seen, and his bold actions have delivered big wins for women and minority communities. Donald Trump Jr., Senator Rand Paul (R-KY), and Black Voices for Trump Advisory Board Members Diamond and Silk discussed all this and more on tonight's 'Making the Case' hosted by National Chair of Trump Victory Finance Committee Kimberly Guilfoyle. 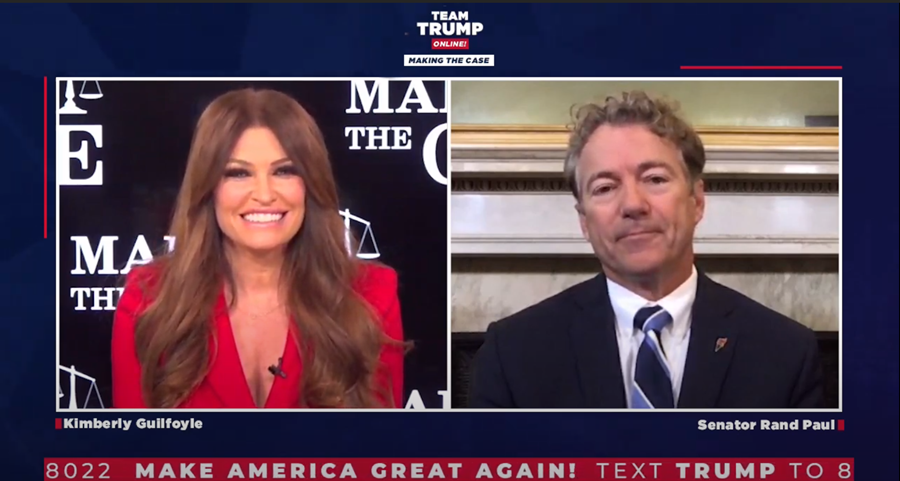 "While Democrat-run cities are burning to the ground and are overwhelmingly consumed by violence and chaos, the fake news media is covering for their failed leadership," said Donald Trump Jr. "As Joe Biden continues to condone these destructive, unpatriotic actions, President Trump stands with law enforcement, and will always prioritize the safety of the American people."

“Our country's future is at stake. Joe Biden and the far-left have shown they are committed to bringing socialism to America, and as a result would ruin everything this great nation stands for," said Kimberly Guilfoyle, National Chair of Trump Victory Finance Committee. "President Trump has led our country to unprecedented economic success, protected the foundational principles of the American people, and will never allow socialism to run rampant through our streets.”

"Joe Biden does not have the strength to stand up to the radical left within his party," said Senator Rand Paul (R-KY). "Ultimately, this election is about the choice between freedom and socialism, and President Trump is the only leader that will continue to uphold and defend our American liberties."

"While Joe Biden is using women of color as a pawn in his pathetic bid to fool voters and steal the election, President Trump has uplifted and empowered all women across the nation, not with empty words and promises – but with meaningful action," said Diamond and Silk, Black Voices for Trump Advisory Board Members. "The American people see right through Biden's charades and know President Trump will continue to protect our Constitution, freedoms, and liberties following his re-election in November."