The Trump Campaign today launched a new ad slamming Joe Biden's blatant lies about his family's recently exposed misconduct. While Biden was vice president, he allowed his son Hunter to sell influence to foreign adversaries in exchange for millions of dollars. Biden claims to have had no knowledge of those business deals, but his lies are now being revealed in a series of bombshell reports. Joe Biden is the embodiment of the D.C. swamp, and the American people cannot allow his reckless exploitation of public office to continue. Only President Trump can drain the swamp, defeat the Deep State, and give power back to the American people. 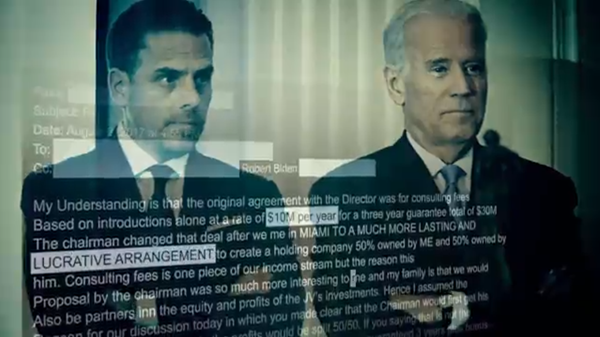