President Trump’s re-election campaign today released a new ad hailing the peace accords brokered by the President between Israel and Arab nations Bahrain and the United Arab Emirates.  The ad, titled “Abraham Accords,” goes into the existing television buy and will run on national cable television and on local television in Florida markets and Philadelphia.

President Trump pulled off the historic peace agreements critics thought could never be accomplished, proving again that his leadership has restored the United States to its rightful place as the world’s leader in diplomacy. The President’s record stands in stark contrast to Joe Biden, who has been wrong on nearly every foreign policy issue over the last four decades, according to his former Defense Secretary, Robert Gates.

The Trump campaign announced this week it had increased its television advertising buy by 50 percent, ramping up its presence in key states with early voting and expanding its national cable buy. The overall eight-figure buy is running on national cable, and local broadcast and cable in the following states: North Carolina, Florida, Georgia, Michigan, Minnesota, Wisconsin, Arizona, Pennsylvania, Nebraska (2nd Congressional District), and Maine (2nd Congressional District). The Trump campaign also announced it was expanding its existing urban radio buy to include Pennsylvania markets. 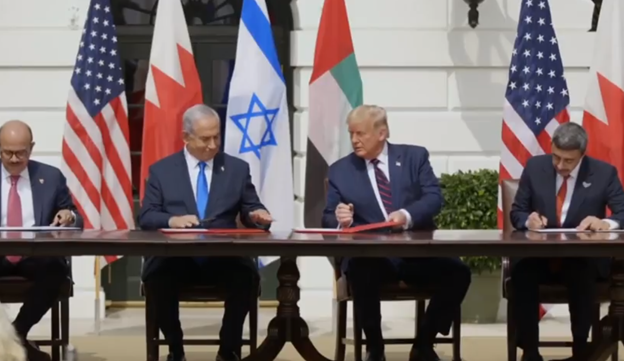 Who Would Joe Biden Put On The Supreme Court? He Won’t Say.