The Trump Campaign today launched a new television ad contrasting President Trump's many achievements for American seniors, including protecting social security, lowering drug costs, slashing Medicare premium costs, and defending private insurance with Joe Biden’s decades-long record of trying to cut seniors' benefits as a Washington politician.  While Joe Biden has made a career pursuing a far-left agenda that caused insurance premiums and drug prices to skyrocket, President Trump has always stood by America's most vulnerable. The choice for America's seniors is clear: only President Trump can stand up to socialism and deliver inexpensive, quality healthcare to the American people.

The Trump Campaign  will expand the President’s victory map from 2016, and is strategically placing ads to reach the right people with the right message. In recent weeks, the campaign has expanded its paid media efforts to voters in key battleground states. This ad is part of this week’s eight figure ad buy and will run on national cable and in key broadcast markets in Arizona, Pennsylvania, Florida, Wisconsin, North Carolina, Georgia, Minnesota, Michigan, Maine, and Nevada. 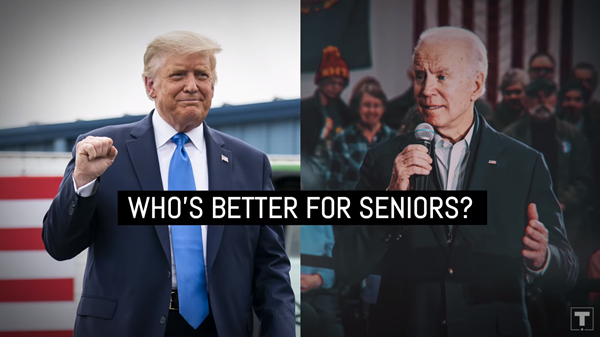