President Trump’s re-election campaign today launched a new television ad slamming Joe Biden and his allies for their irresponsible undermining of law enforcement, encouraging lawlessness, and contributing to rising violent crime. The ad blisters Biden for standing with the radical, leftist mobs in cutting police funding, eliminating bail for criminals and releasing them onto the streets, spurring violence and leading to the murder of children.  The spot is being rolled into the campaign’s existing ad buy, both nationally and in key states.

“Joe Biden is too weak to stand up the extremists in his party and is aiding and abetting their radical undermining of law and order in cities across American,” said Tim Murtaugh, Trump 2020 communications director.  “Who will answer the phone when you call 9-1-1? You won’t be safe in Joe Biden’s America.” 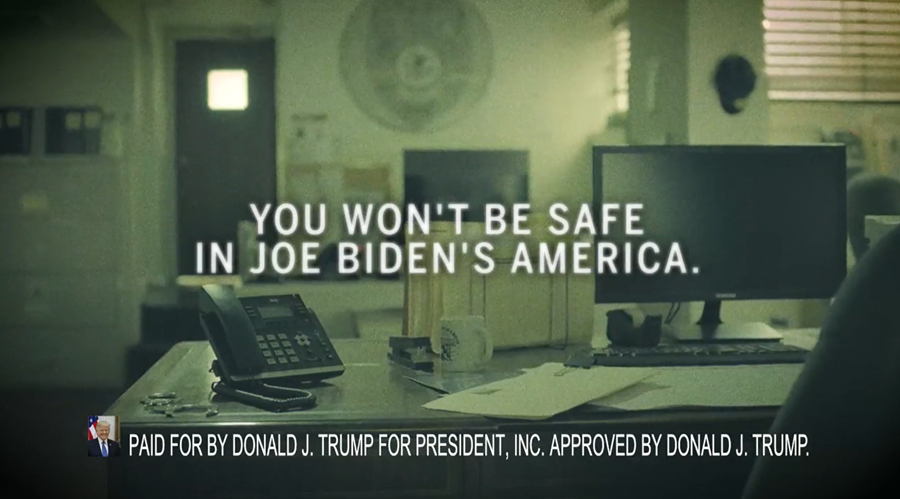 You won’t be safe in Joe Biden’s America

Cause He’s The Tax Man