President Donald J. Trump drew set a record for viewers with his rally in Tulsa, OK Saturday night, racking up 7.7 million viewers on Fox News from 8:00 p.m. to 10:00 p.m., giving the network its most-watched Saturday night in history during those hours.  The hours from 8:00 p.m. to 11:00 p.m. also represented the highest Saturday prime time audience in Fox News history.  Combined with nearly 12 million unique viewers on the Trump campaign’s digital media channels, there were nearly 20 million Americans watching the President’s speech. 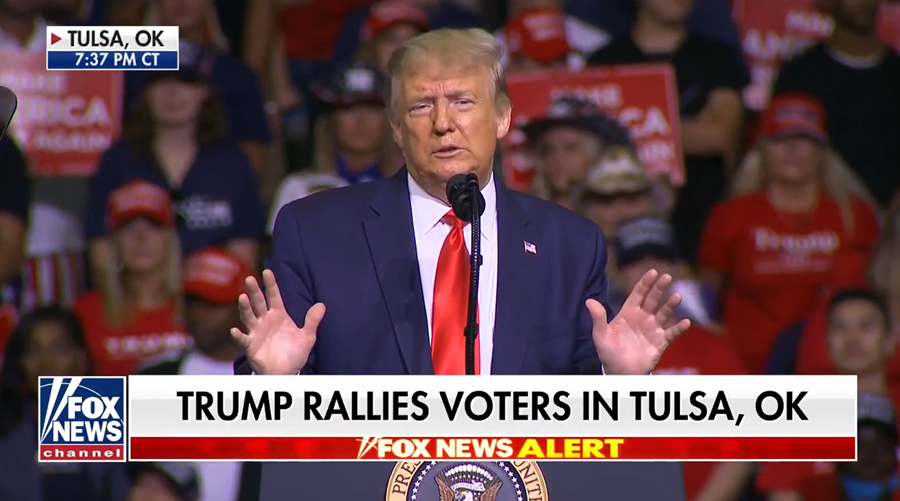 “It’s no wonder Joe Biden, the Democrats, and much of the media want President Trump to stay off the campaign trail, where he is the best at connecting with the American people,” said Tim Murtaugh, Trump 2020 communications director.  “There is no question that the energy behind the President’s re-election campaign is a stark contrast with the sleepy campaign run by Joe Biden from his basement in Delaware.  The President has opened an enthusiasm gap over Joe Biden.  It is real and it is wide.”