President Trump traveled to Maine to visit Puritan Medical Products, which used $75.5 million in federal assistance under the Defense Production Act to expand its production of vital medical swabs used in coronavirus testing. Despite the Democrats' lies to the contrary, President Trump has repeatedly used the Defense Production Act to partner with our private sector in combating the coronavirus pandemic. The President's visit to Maine is testament to the whole-of-America approach that his administration has taken to handle this crisis and will showcase the rapid speed with which our entire country pivoted to combating the coronavirus under his leadership.

The President also attended a round table discussion on supporting America's commercial fishing. President Trump is utilizing the entirety of the federal government to rebuild our economy and maintain American prosperity. As today's jobs report testifies, our country is adding new jobs because of the President's swift and decisive actions, such as the Paycheck Protection Program and CARES Act. As Joe Biden sits in his basement, President Trump is making rapid progress to defeat the coronavirus, re-open our country, and Keep America Great 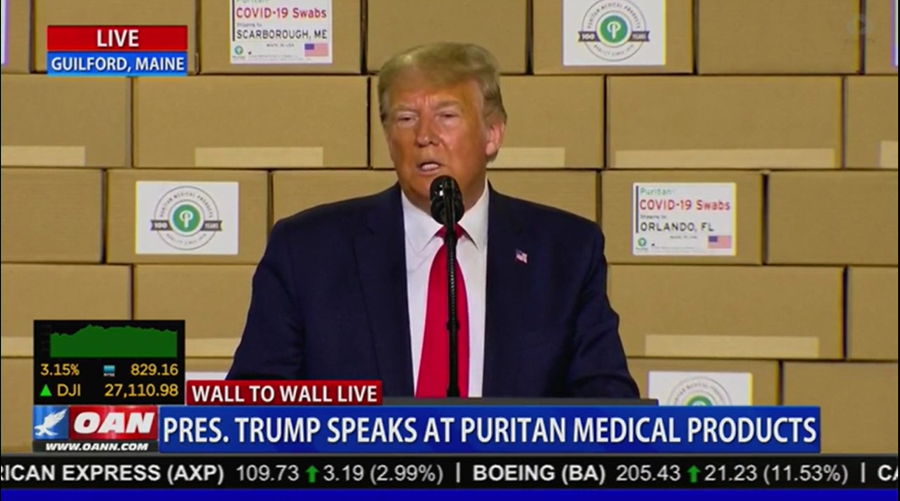 What they are saying:

Maine by the Numbers:

Stunning Jobs Report Proves Joe Biden Was Wrong About Everything