Joe Biden's mission is clear, ‘Yes! Absolutely!’ he would cut funding to law enforcement, forfeiting the safety of the American people to appease his radical base. This election offers a clear choice between President Trump who stands with the brave men and women in blue and Joe Biden who defends the violent rioters wreaking havoc in neighborhoods across the country. During tonight’s ‘Team Trump Online!’ broadcast, Vice President Mike Pence solidified the Trump Administration’s commitment to stand with our nation’s law enforcement officers, while condemning Joe Biden’s praise of the dangerous ‘Defund the Police’ movement sweeping across the nation. Trump 2020 National Press Secretary Hogan Gidley, Trump 2020 Director of Strategic Communications Marc Lotter, and Brandon Tatum, Founder of TatumReport.com and former police officer, also joined the broadcast to discuss the Trump Administration’s support of our brave men and women in blue. 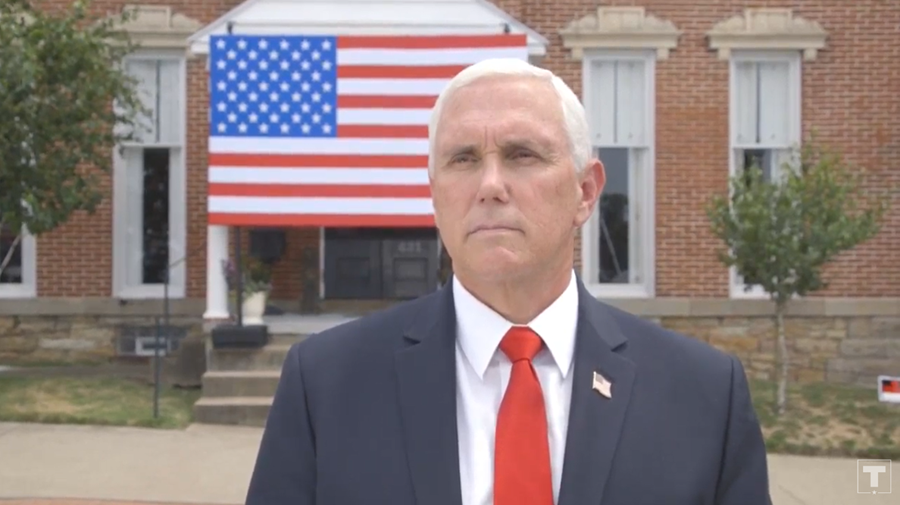 “We live in the greatest nation on Earth, and every American has every right to believe that their streets are safe, that they can close the door of their home and go to bed at night and be secure,” said Vice President Mike Pence. “And I promise you, with President Donald Trump in the White House for four more years, we’re going to deliver that peace and security to America’s cities and America’s towns. We’re gonna make sure the American people have the support in law enforcement that they so richly deserve, and we’re gonna do that by supporting these incredible men and women in law enforcement."