The two participants highlighted the unprecedented action President Trump has taken to secure the border and fiercely protect the American people. Meanwhile, Joe Biden's radical immigration policies would endanger the country, threaten American job security, and welcome crime, drug cartels, and illegal entry. In addition, Senator McSally, a former U.S. Air Force colonel, provided insight into President Trump's restoration of our powerful military, bold stance against terrorism, and increased support for our nation's heroes. In stark contrast, they discussed Joe Biden's cozy relationship with China, abysmal record on foreign policy, and depletion of our military during his vice presidency. The featured speakers touted the President's historic rebuilding of the economy and noted the Great American Comeback is well underway, following his swift and decisive action in combating the coronavirus outbreak. 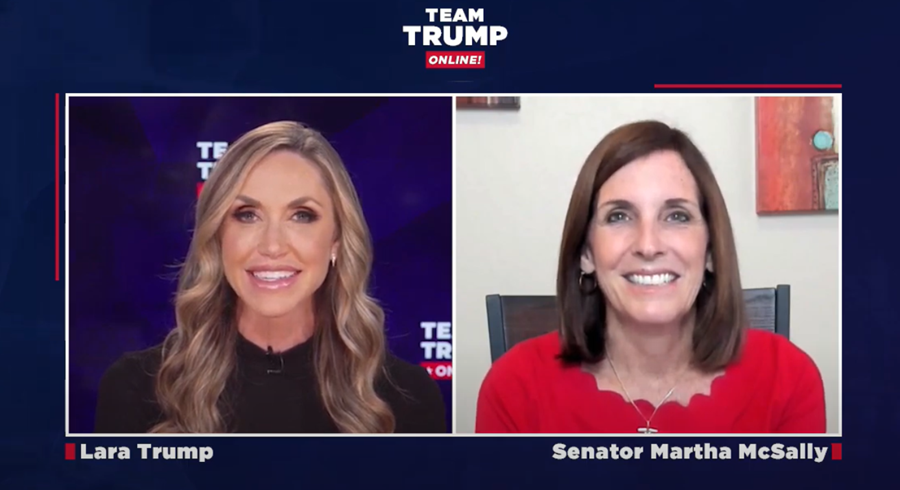 "As the President of law and order, President Trump has championed border security and staunchly safeguarded the well-being of the American people." said Lara Trump, Trump 2020 Senior Advisor. "Joe Biden is campaigning on dangerous immigration policies in a pathetic attempt to appease his radical party, proving time and time again he will put his own agenda before the well-being of the country."

"From rebuilding our nation's military to his steadfast support for veterans, President Trump has proven his dedication to our armed forces and protecting our freedom," said Senator Martha McSally (R-AZ). "Meanwhile, as vice president, Joe Biden depleted our military and left our country weak and vulnerable. It is imperative to our national security that we re-elect President Trump so we remain the most powerful nation in the world."