Joe Biden has promised to strip all Americans of their constitutional right to keep and bear arms, and his disastrous proposals do not stop there. Along with leaving the American people unable to defend themselves, Joe Biden would redirect money or defund our local police departments, leaving our citizens vulnerable and welcoming crime into our streets. In stark contrast, as the President of Law and Order, President Trump will always uphold the Second Amendment and defend our heroic law enforcement officers. U.S. House Candidate for Colorado's 3rd District Lauren Boebert and National Rifle Association Board Member Linda Walker discussed all this and more on tonight's 'Team Trump Online! Protecting the Second Amendment' hosted by Trump 2020 National Press Secretary Hogan Gidley. 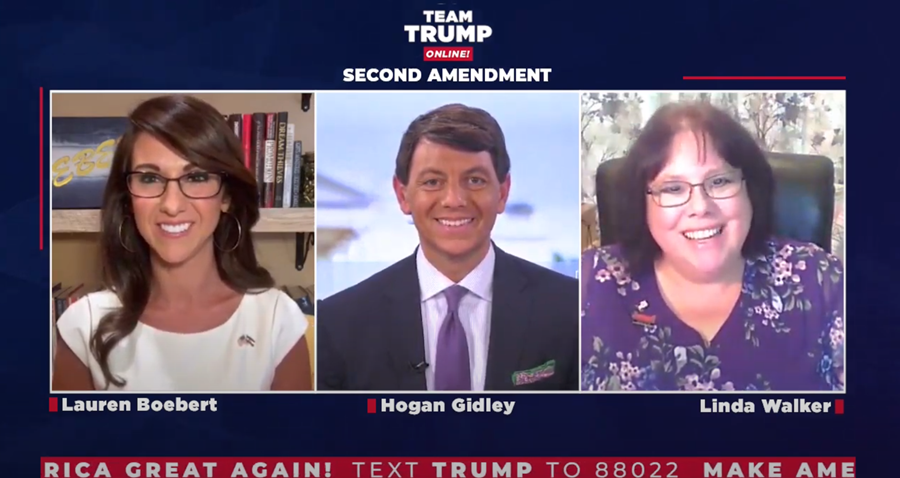 "Despite Joe Biden’s best efforts to hide out in his basement throughout this entire campaign, he cannot hide his radical views to eliminate the Second Amendment," said Hogan Gidley, Trump 2020 National Press Secretary. "Biden’s push to take away our guns and defund the police gives Americans a glimpse into how dangerous a Biden presidency would be."

"Joe Biden and his far-left supporters want to radically change America, and the first step in their socialist agenda is to take away our right to bear arms," said Lauren Boebert, U.S. House Candidate (CO-03). "By joining forces with Beto O’Rourke and other radicals, Joe Biden has shown his absolute contempt for American gun owners. Thankfully, President Trump stands in defense of our Second Amendment rights."

"This election is about the choice between freedom and socialism - our country's future is on the line," said Linda Walker, National Rifle Association Board Member. "As someone who has lived through the sixties, I know firsthand the threat of having socialism at our doorstep, and President Trump is the only leader that will defeat this radical agenda and protect the American people."