The Right View: Joe Biden and Kamala Harris Make the Most Radical Ticket in History

Joe Biden and Kamala Harris form the most radical presidential ticket in history, a ploy by the far-left to bring socialism into our country. Both Biden and Harris have gleefully embraced the socialist manifesto of the far-left, and tout disastrous proposals that would wreak havoc on our nation. The addition of a fourth presidential debate scheduled before millions of Americans participate in early voting is vital. The American people deserve to see the stark contrast between President Trump's bold leadership and Biden's extreme incompetence, and will resoundingly reject the failures of the Biden-Harris ticket when they head to the polls in November. 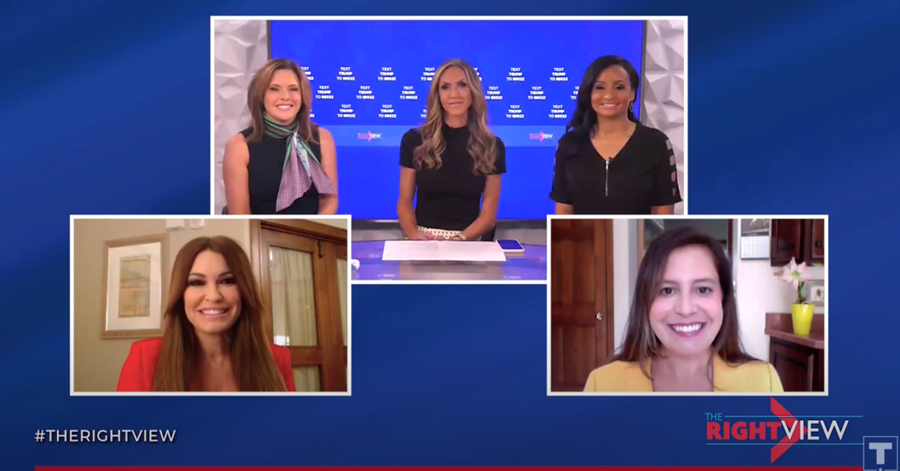 "Kamala Harris has been one of the least effective senators in history and her record of failure will finally be exposed now that she has attached herself to Joe Biden," said Rep. Elise Stefanik (NY-21). "President Trump has delivered historic success for our country, and Americans want leaders with proven records of results, not far-left politicians who have been part of the problem for over forty years."

"Without a doubt, Americans' lives would change for the worse under a Biden-Harris presidency," said Lara Trump, Trump 2020 Senior Advisor. "While Biden and Harris want to 'fundamentally transform' America - which essentially translates to making America a socialist nation - President Trump will always put our country first and fight to preserve the freedoms of the American people."

"The mainstream media is already covering up the truth of the Biden-Harris ticket, even going as far as to claim that Kamala is a moderate," said Kimberly Guilfoyle, National Chair of Trump Victory Finance Committee. "Not only is Kamala morally and intellectually bankrupt, she is a phony. The American people saw right through her in the Democratic primaries, and they will see through her on Election Day when they vote to re-elect President Trump."

"Joe Biden's handlers continue to hide him in the basement and are frightened by the possibility of an additional debate with President Trump because they know Biden will expose himself for the complete failure he is," said Mercedes Schlapp, Trump 2020 Senior Advisor for Strategic Communications. "Biden's campaign has been lackluster from the beginning, and adding a radical, socialist to the ticket won't help. The American people’s enthusiasm for President Trump has never been stronger, and that will show on Election Day."

"Joe Biden's selection of Kamala Harris is just another ruse to distract voters from his sexist, racist record that has followed him around for his nearly fifty year, failed career," said Katrina Pierson, Trump 2020 Senior Advisor. "The mainstream media will try as hard as they can to cover up Biden and Harris' radical agenda, but the American people will not be fooled into voting to bring socialism into our great nation."

Eric Trump: The Democrats are a Party That is Simply Unrecognizable