Donald J. Trump for President, Inc. announced the launch of Army for Trump, a website dedicated to recruiting and mobilizing Americans across the country who are committed to fighting to re-elect President Trump. The Army for Trump website features step-by-step instructions and short videos explaining a variety of ways supporters can become equipped with the tools needed to get involved with the campaign. 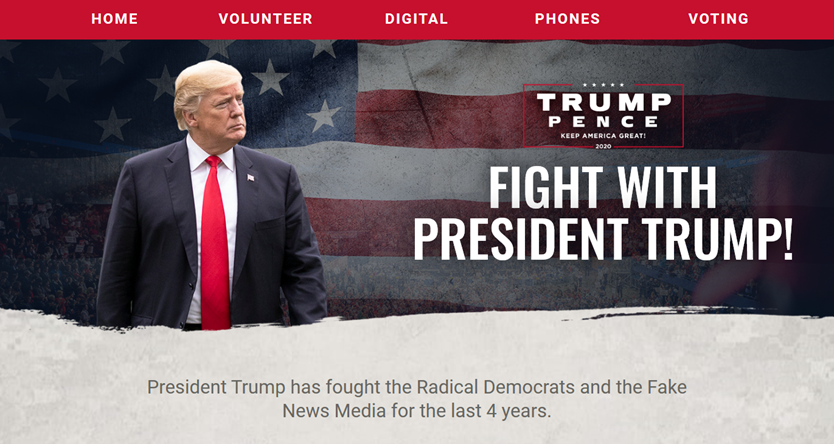 “The Army for Trump website is one of the most powerful tools we have to re-elect President Trump," said Brad Parscale, Trump 2020 campaign manager. "We need the help of every single one of the President’s supporters to make sure that we keep him in the White House and don’t send a big government socialist Democrat running on an extreme leftist agenda to Washington. With the Army for Trump website, Americans are just one click away from doing their part to re-elect President Trump.”

The Army for Trump website will provide a one-stop online destination to get involved with President Trump's re-election campaign, allowing people to become a volunteer or activist in communities throughout the country. Providing a unique experience for online visitors, the website will include options for: registering voters, becoming a Trump Team leader, making calls on Trump Talk, knocking on doors, hosting a MAGA meetup, and other opportunities to join President Trump's army.

Through a robust digital effort, the Army for Trump website will echo the positive results delivered for all Americans through campaign recruiting. President Trump has worked to ensure that the American Dream has a chance to thrive again, and the Army for Trump will fight to help our President Keep America Great!