Donald J. Trump for President, Inc. announced the launch of 'Truth Over Facts,' an investigative website aimed at uncovering the truth behind Joe Biden’s never-ending, seemingly incomprehensible statements during his third, plodding campaign for president. The website takes a closer look at Biden’s words and phrasing and brings in “experts” to discern if there is hidden meaning behind the muddled declarations that most normal people would miss. 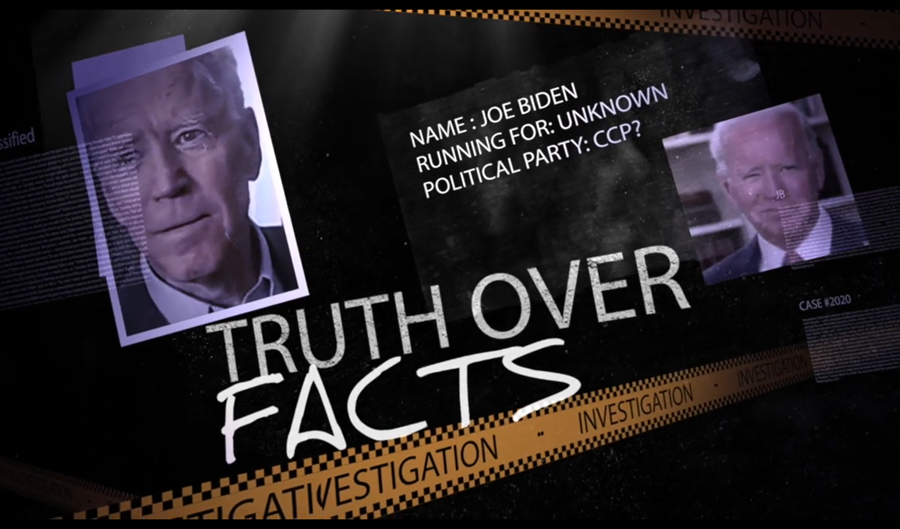 “The American people deserve to know the truth behind Joe Biden’s delirious and nonsensical claims on the campaign trail,” said Tim Murtaugh, Trump 2020 Communications Director. “When he’s mangling the text of the Declaration of Independence or calling someone a ‘lying, dog-faced pony soldier,’ is he really speaking a language that only he and a select group of others understand? This campaign for president cannot be allowed to continue for one more minute until we try to unlock the secrets behind Joe Biden’s incomprehensible babbling.”

Bypass the media and visit TheTruthOverFacts.com. If you have any tips related to the discovery of the Truth Over Facts, text “TRUTH” to 88022.

Joe Biden Gets His Wish: Democrats Vote to Give Stimulus Checks to Illegals

Eric Trump: The Democrats are a Party That is Simply Unrecognizable

The Right View: Joe Biden and Kamala Harris Make the Most Radical Ticket in History

Americans should worry about her being just one heartbeat away from the presidency.