Donald J. Trump for President, Inc. today delivered cease and desist letters to local television stations currently airing a false, negative attack ad paid for by Priorities USA Action Fund (PUSA), a Super PAC formed by Barack Obama loyalists. The ad contains the false assertion that President Trump called the coronavirus a “hoax,” when in fact he was referring to Democrat criticisms and politicization of the federal response to the public health crisis. The Trump campaign demanded that stations stop running the ad or face litigation.

“Multiple independent fact checkers have debunked the exact same false claim made in a Biden campaign ad,” states a letter signed by Trump campaign special counsel Alex W. Cannon. “Because PUSA’s ad’s central point is deliberately false and misleading, your station has an obligation to cease and desist from airing it immediately to comply with FCC licensing requirements, to serve the public interest, and to avoid costly and time-consuming litigation.”

The letter points out that the erroneous “hoax” claim has been labeled as false by multiple independent and media fact checkers and that PUSA cites no source supporting their false claim. The letter further notes that unlike candidate committees, “PUSA does not have a ‘right to command the use of broadcast facilities.’”

The Trump campaign sent the cease and desist letter to television stations running the ad in Florida, Michigan, Minnesota, Pennsylvania, and Wisconsin.

At Least 5 Independent Fact Checkers Have Debunked This Claim

The Washington Post Fact Checker: “The Full Quote Shows Trump Is Criticizing Democratic Talking Points And The Media’s Coverage Of His Administration’s Response To Coronavirus. He Never Says That The Virus Itself Is A Hoax.” (Meg Kelly, “Biden Ad Manipulates Video To Slam Trump,” The Washington Post, 3/13/20)

FactCheck.Org: Democrats “Wrongly Accuse[d] Trump Of Describing The Coronavirus As A Hoax.” “But the following day, after the death of the first American from coronavirus in Washington state, Trump said that when he used the word ‘hoax,’ he was referring to Democrats finding fault with his administration’s response to coronavirus, not the virus itself. Even after Trump explained his remarks, some Democrats — including former New York City Mayor Mike Bloomberg — continued to wrongly accuse Trump of describing the coronavirus as a ‘hoax.’” (Rem Rieder, “Trump And The ‘New Hoax,’” FactCheck.Org, 3/3/20)

PolitiFact: Trump Did Not Call “The Disease Itself A Hoax,” And Video That Is Edited To Make It Appear So Is “Misleading.” “The video makes it seem like Trump is calling the disease itself a hoax, which he hasn’t done. The words are Trump’s, but the editing is Biden’s. During the North Charleston rally, there was nearly a minute between when Trump said ‘coronavirus’ and ‘hoax.’ … But the Biden campaign’s ad is misleading. It’s an example of what the Washington Post calls ‘splicing,’ or ‘editing together disparate videos’ that ‘fundamentally alters the story that is being told.’” (Daniel Funke, “Ad Watch: Biden Video Twists Trump’s Words On Coronavirus,” PolitiFact, 3/15/20)

Reporters And Commentators Have Reiterated This Point

CBS News’ Scott Pelley Pointed Out That President Trump Said The Media & Democrat Hysteria About The Government Coronavirus Response Was A Hoax, Not The Virus. MIKE BLOOMBERG: “I find it incomprehensible that the president would do something as inane as calling it a hoax, which he did last night in South Carolina.” SCOTT PELLEY: “He said the democrats making so much of it is a democratic hoax, not that the virus was a hoax.” (CBS’s Face The Nation, 3/1/20) 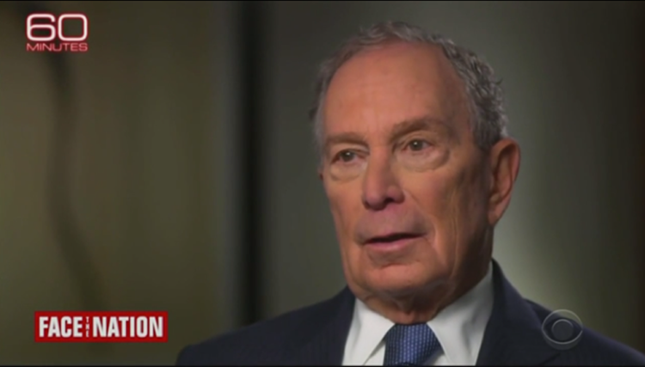 The President’s Remarks Make Clear He Was Talking About The Politicization Of The Coronavirus Outbreak, Not The Virus

Further In His Remarks, President Trump Called The Democrats’ And Media’s Response To His Administration’s Actions On The Coronavirus A Hoax, Not The Disease Or Virus Itself. PRESIDENT DONALD TRUMP: “One of my people came up to me and said, ‘Mr. President, they tried to beat you on Russia, Russia, Russia.’ That didn’t work out too well. They couldn’t do it. They tried the impeachment hoax. That was on a perfect conversation. They tried anything, they tried it over and over, they’ve been doing it since he got in. It’s all turning, they lost. It’s all turning, think of it, think of it. And this is their new hoax. But you know we did something that’s been pretty amazing. We have 15 people in this massive country and because of the fact that we went early, we went early, we could have had a lot more than that.” (President Donald J. Trump, Remarks At A Campaign Rally, Charleston, SC, 2/28/20) 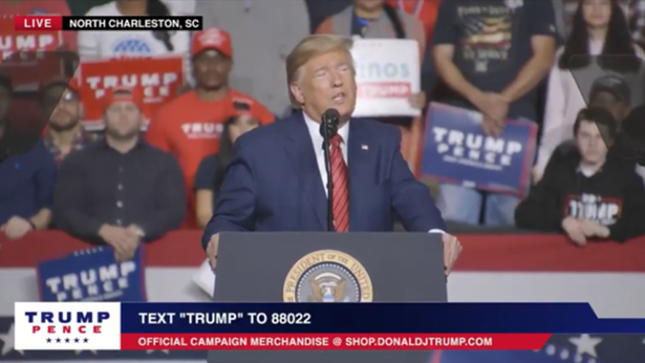 The Next Day, President Trump Addressed The Hoax Claim During A News Conference, Where He Reiterated He Was Referring To The Actions Of The Democrats To Try And Pin The Virus On Somebody. “Moreover, at a news conference Feb. 29, the day after the rally and three days before Biden’s ad was released, Trump was asked about the ‘hoax’ comment. He clarified, ‘‘Hoax’ referring to the action that [Democrats] take to try and pin this on somebody, because we’ve done such a good job. The hoax is on them, not -- I’m not talking about what’s happening here [the virus]; I’m talking what they’re doing. That’s the hoax. … But the way they refer to it -- because these people have done such an incredible job, and I don’t like it when they are criticizing these people. And that’s the hoax. That’s what I’m talking about.’” (Meg Kelly, “Biden Ad Manipulates Video To Slam Trump,” The Washington Post, 3/13/20)

TIMELINE: The Trump Administration’s Decisive Actions To Combat the Coronavirus

The Trump Administration took critical action early on to combat the coronavirus and keep Americans safe.

“Today’s action will help ensure the quick production of ventilators that will save American lives."

The Trump Administration supports the bipartisan action that will help American workers get rid of student loan debt.

PROMISE KEPT: More than Half a Million Americans Have Been Tested for the Coronavirus

THE NUTTY “PROFESSOR”? Joe Biden Just Forgot He Was Vice President for 8 Years

Biden has twice said he became a “professor” after leaving the Senate. He never taught students.

President Trump has mobilized the entire federal government to provide economic relief for Americans impacted by the crisis.

Biden proves yet again he isn’t capable of leading America through a crisis.