President Trump met with Oklahoma Governor Kevin Stitt at the White House to discuss the safe re-opening of America's small businesses and Oklahoma's leadership in the country's transition to greatness. Throughout the coronavirus outbreak, President Trump has acted swiftly and decisively to both save American lives and preserve jobs and prosperity. Now, as the country begins the re-opening process, President Trump and our nation's governors are working together to restore the country's economic success.President Trump will be visiting Tulsa, Oklahoma this Saturday for his first Make America Great Again rally since the beginning of the coronavirus outbreak.

President Trump is the Jobs President and, after building the greatest economy in the history of the world, only he can do it again. In Oklahoma alone, the Trump Administration has provided $5.4 billion in PPP loans to 62,000 businesses, saving 469,000 jobs. They have also provided $3.1 billion in direct Economic Impact Payments to nearly 1.8 million Oklahomans, preserving prosperity and saving livelihoods. President Trump is partnering directly with our nation's governors to restore success, rebuild the economy, and renew the American Dream. 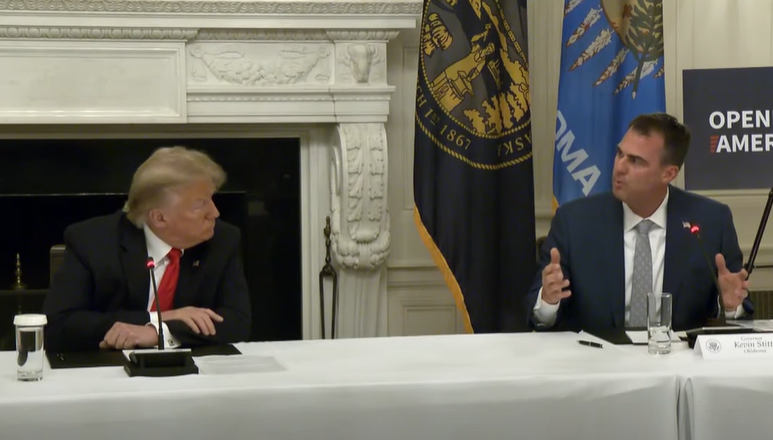 Oklahoma by the Numbers

Holed Up in His Basement Bunker, Joe Biden Hides Behind Dishonest TV Ads