Trump Victory announced plans for a slate of new Black Voices For Trump Community Centers across the country to build on the growing support President Trump has among Black Americans. These Community Centers will serve as a traditional victory center and home base for the Black Voices for Trump campaign coalition to engage voters and discuss the incredible strides Black America has made under President Trump’s administration.

“Team Trump is going where no other Republican campaigns have gone before to ensure that the President’s message is heard. President Trump has uplifted every community in America, regardless of race or creed, and we are working hard to make sure every voter knows the facts,” said Katrina Pierson, Trump 2020 campaign Senior Advisor. “This administration has delivered record-low minority unemployment rates, criminal justice reform, school choice, and the largest investment in HBCUs ever. Our Black Voices for Trump Community Centers will make sure that Black Americans hear the facts about President Trump, directly from our campaign.”

“President Trump has a real record of results for Black Americans, and our Party is committed to sharing that winning message far and wide,” said Republican National Committee Chairwoman Ronna McDaniel. “The Republican Party is committed to fighting for every vote just like we fight for every community, and the results of the Trump administration prove that. As the proud Party of Lincoln, under the President’s leadership, we are reaching out to Black Americans in ways we never have before.” 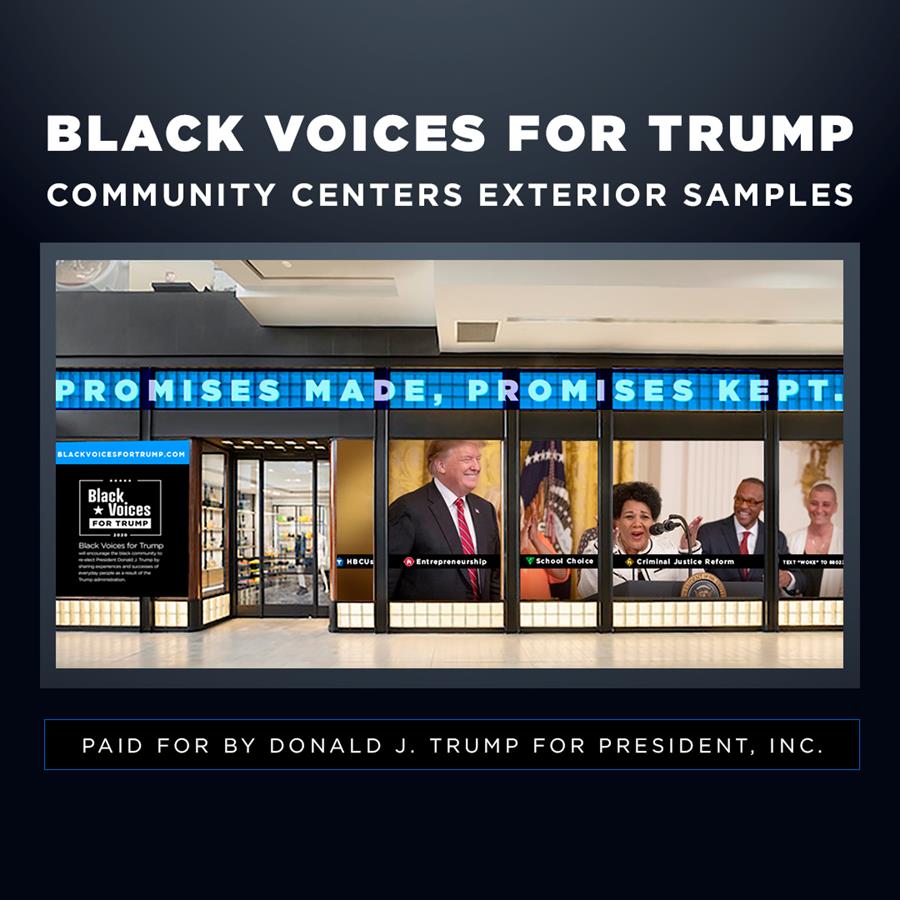 These community centers will be located in cities across the country, including:

Black Voices for Trump Coalition on the State of Black America