As the Trump Administration works to protect and defend the lives and prosperity of Native Americans, Vice President Mike Pence picked up the endorsement of the Crow Tribe in Belgrade, Montana. By addressing the grave issue of missing and murdered American Indians and Alaska Natives, enhancing coordination between the Federal Government and tribal leaders, and reactivating the White House Council on Native American Affairs, President Trump has affirmed his commitment to our nation's indigenous peoples. The Crow Tribe endorsed President Trump's message of Promises Made, Promises Kept in a letter:

"The Trump Administration has taken on some of the world’s most urgent issues, including those most important to the Crow Tribe. We appreciate the continued support of President Trump and Vice President Pence, and commend them for their many successes. Both the President and Vice President have remained steadfast supporters of the Crow Tribe on numerous issues, including the coronavirus pandemic response, justice for Native American victims of violent crime and the recognition of true Tribal sovereignty." 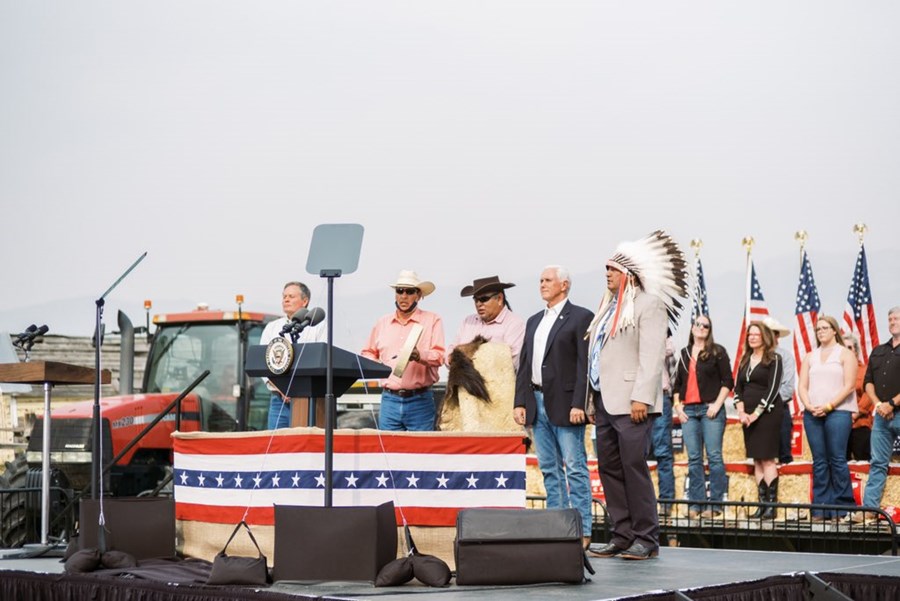