As was revealed in last night's debate, Joe Biden is an empty vessel for the radical left who would launch a full-on assault against the American energy industry if elected. While President Trump and Vice President Pence have delivered energy independence, freeing the American people from expensive foreign wars and high fuel costs, Joe Biden would attack energy producers and stifle economic growth. As Vice President Pence discussed at events in Swanton, Ohio and West Mifflin, Pennsylvania, only President Trump will maintain the millions of blue-collar jobs supported by the American energy industry:

"No matter what Joe Biden and Kamala Harris are saying right now, you can take it to the bank: Joe Biden and the radical left are going to abolish fossil fuels, close down the oil industry, and ban fracking. But we are not going to let it happen. We're going to have more fracking, more American energy, energy independence for this generation and generations to come. We're going to re-elect President Donald Trump for four more years." 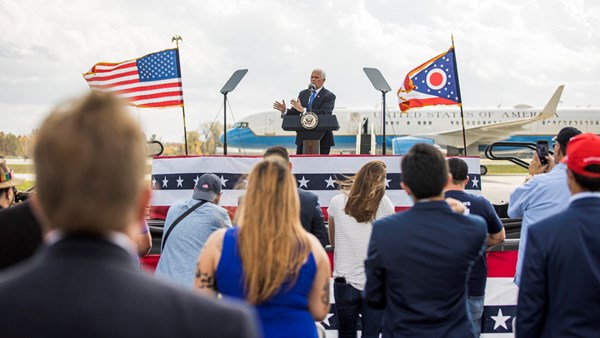