Joe Biden has embraced the radical agenda of his party's far-left base and refuses to give the American people a straight answer on his plans to pack the Supreme Court. While President Trump and Vice President Pence will always support justices who defend the Constitution and uphold Americans' most basic liberties, Joe Biden threatens to pack the federal bench with left-wing, activist judges. As Vice President Mike Pence discussed while in Reading, Pennsylvania, Joe Biden's dishonesty with voters about his judicial agenda demonstrates his openness to packing the Supreme Court with radical, liberal judges:

"Now Joe Biden says he's going to tell the American people what he'll do after Judge Barrett is confirmed in a week or so, even though millions of Americans are voting right now. Well come on, man. The American people deserve a straight answer, Joe. When you're running for the highest office in the land, the American people deserve to know if you're going to respect the highest court in the land. But we all know what's going on here, don't we? I mean, I was born in the morning, but not yesterday morning. I mean, they're not answering the question because we already know the answer. Joe Biden, Kamala Harris, and the Democrats are going to pack the court with liberal, activist judges if they win this election. But we're not going to let it happen. We're going to re-elect a Republican majority in the Senate and we're going to re-elect President Donald Trump for four more years." 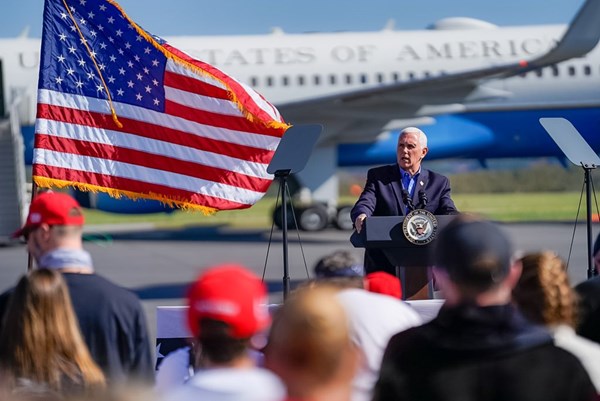 Pennsylvania Boilermakers Call Out Joe Biden for Lying About Their Endorsement