Joe Biden has spent forty-seven years in Washington pushing a globalist agenda that shipped American jobs overseas and allowed China to threaten America's safety. In contrast, President Trump and Vice President Pence have stood up to the Chinese communists, renegotiated bad trade deals, and pursued an America First agenda. As Vice President Mike Pence discussed while in Hibbing, Minnesota, only President Trump will continue to defend America's interests against our foreign adversaries:

"And when it comes to trade, so important here in Minnesota, you all deserve to know that President Donald Trump has been fighting for American jobs and American workers on trade from day one. When we took office, though, half of our international trade deficit was with communist China. Joe Biden had been a cheerleader for communist China all along the way. He actually said that the rise of China was a positive development, and he scoffed last year at even the idea that China was a competitor of the United States. But under President Donald Trump, those days are over. We put China on notice that the era of economic surrender is over. We put tariffs on China's steel to fight for American jobs and workers, and we're going to stand strong on China until they open up their market and respect what we make and we export in this country once and for all." 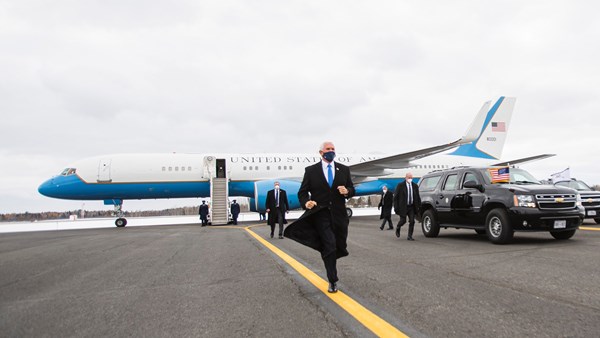