Vice President Mike Pence Travels to Dallas, Texas as the Trump Administration Works with States to Defeat the Coronavirus and Re-Open Safely

Vice President Mike Pence traveled to Dallas, Texas to deliver remarks at the Celebrate Freedom Rally at the First Baptist Church and to participate in a briefing with Texas Governor Greg Abbott about the coronavirus.

Under President Trump's leadership, the United States has acted swiftly and decisively to combat the spread of the coronavirus while preserving our nation's record prosperity. In Texas alone, President Trump's actions through the Paycheck Protection Program have saved nearly 2.8 million jobs at nearly 361,000 businesses. The Trump Administration has also distributed more than $21.6 billion in Economic Impact Payments to more than 12 million Texans, protecting livelihoods and families. The Vice President touted the Trump Administration's ability to contain the coronavirus and save lives while also protecting jobs and businesses. President Trump is committed to working with state governments to defeat the silent enemy and stimulate the Great American Comeback. 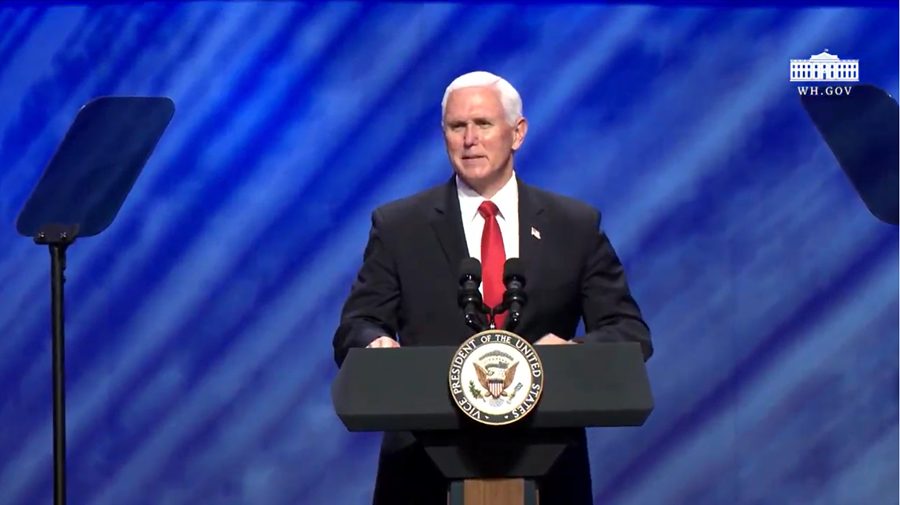 Texas by the numbers: