Joe Biden has fully embraced the radical left's job-killing agenda and plans to impose harsh regulations and taxes on America's farmers and ranchers. By selecting Kamala Harris - who was an original co-sponsor and supporter of the far-left Green New Deal - as his running mate, Biden has doubled down on his abandonment of rural America. Only President Trump will stand up for farmers and ranchers through his promotion of America First trade deals, historic tax cuts, and regulatory rollbacks. Vice President Mike Pence reiterated the need to re-elect President Trump to maintain America's prosperity at the launch of the 'Farmers & Ranchers for Trump' coalition in Des Moines, Iowa:

"For American strength, American jobs, for law and order, and liberties, and life, we've got to decide right here and right now that Joe Biden will never be President of the United States. We're going to re-elect President Donald Trump."

The Vice President also met with Iowans affected by the derecho that devastated the state this week. Vice President Pence expressed his condolences to those who lost loved ones and suffered damage to their farms and homes, and ensured the partnership of the Trump Administration in rebuilding. 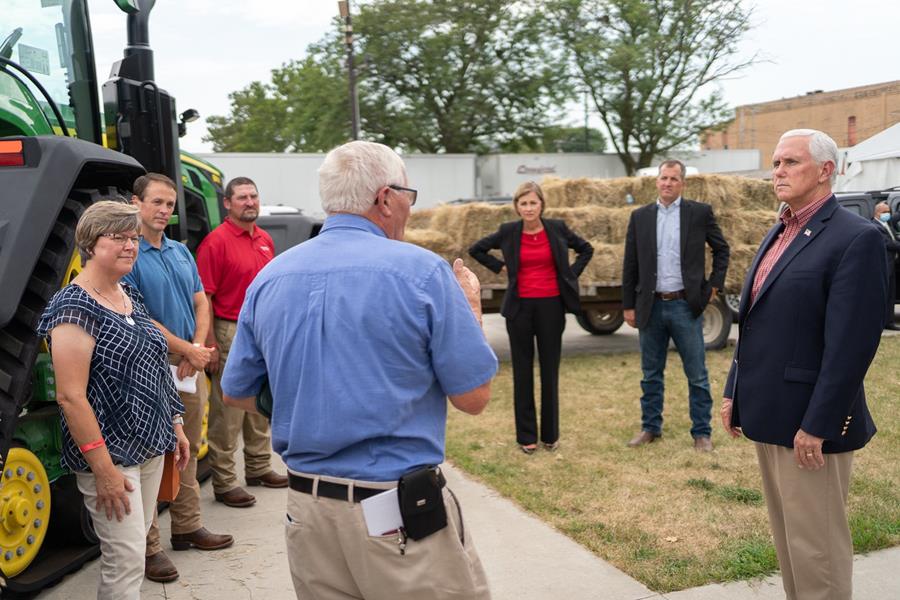 The 'Farmers & Ranchers for Trump' coalition will work to mobilize the agricultural community to support the Trump 2020 Campaign. By re-electing President Trump, farmers and ranchers across the country will ensure another four years of prosperity and growth.

The 'Farmers & Ranchers for Trump' coalition will be led by Chairman Charles W. Herbster of Nebraska.

Other key members of 'Farmers & Ranchers for Trump' include: