Statement by Donald J. Trump, 45th President of the United States of America

A new analysis of mail-in ballots in Pima County, Arizona means the election was Rigged and Stolen from the Republican Party in 2020, and in particular, its Presidential Candidate.

This analysis, derived from publicly available election data, shows staggering anomalies and fictitious votes in Pima County’s mail-in returns, making it clear they stuffed the ballot box (in some precincts with more ballots than were ever sent!). 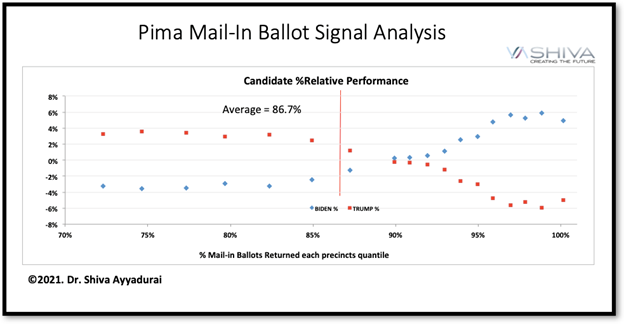 As more and more mail-in ballots were stuffed into the system, Biden’s numbers shot way up. But they overplayed their hand, and got caught. Two precincts in Pima had over 100 percent turnout for mail-in ballots -- which is impossible -- and 40 precincts had over 97% returned. The national mail-in ballot return rate was 71%, but in Pima County the mail-in ballot return rate was 15% higher, and 19% higher than all the counties combined in the entire state of Arizona. One precinct with 99.5% mail-in turnout had 9,812 ballots counted. Another precinct with 100.6% turnout had 2,182 ballots returned, but only 2,170 mail-ins were ever sent. These two total 11,994 ballots, alone more than the margin needed to win.

Turnout rates of 99% and 100% is what you get in a Third World Country, and that’s what we’re becoming (look at crime, the Border, Afghanistan, food prices, energy prices, and the empty store shelves, etc.), unless this is fixed immediately! 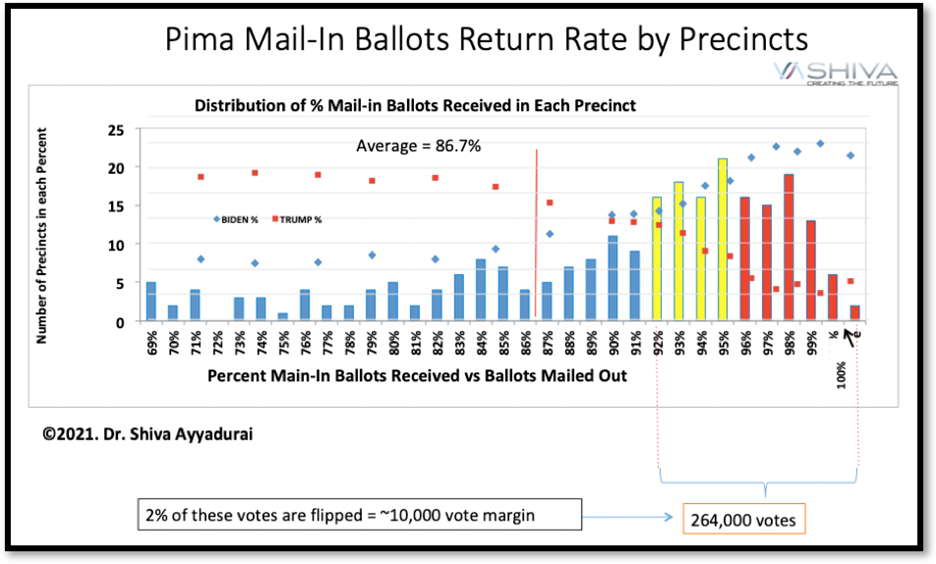 The precincts above 92% mail-in return rate represented 264,000 votes. If just 2% are fraudulent, meaning Trump votes went to Biden, that would be enough to change the so-called margin in Arizona of 10,457 votes.

The Department of Justice has had this information since the November 2020 Election, and has done nothing about it. The Pima County GOP should start a canvass of Republican voters, in order to identify and remove the obvious fictitious voters from the system.